The City of Kashgar: An Oasis of the Silk Road on the Brink of Extinction

Conference on Kashgar City Closes with Pledge for Urgency Resolution: 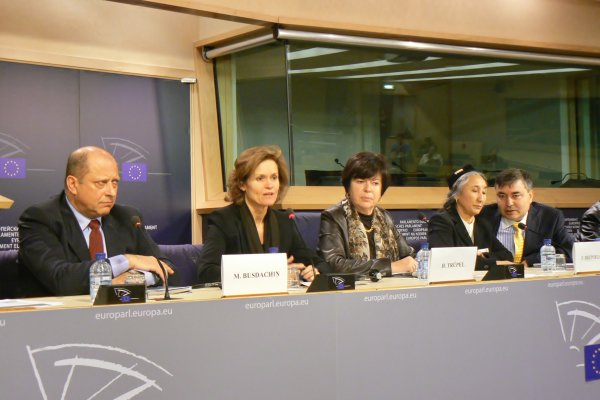 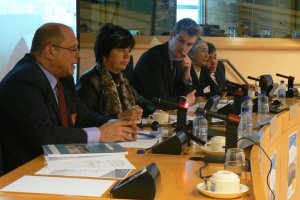 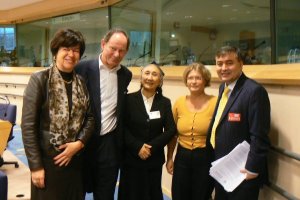 Time is pressing if Kashgar, as a symbol of Uyghur culture and the Silk Road, is to be saved from the bulldozers but Marino Busdachin, UNPO General Secretary, welcomed the urgency resolution, reminding those present that the problems of China’s minorities remained “too long to list today.” Rebiya Kadeer noted that “one culture does not belong to one people…[but inside China]…people do not have that right” to question the state’s actions – hence the importance of the urgency resolution.  In this vein, Helga Trüpel MEP noted that if Beijing wanted to be seen as a world power it had to recognize the “cultural diversity and cultural autonomy” of its people.

Frieda Brepoels MEP remarked after concluding the conference that “China is clearly lacking the capacity to give essential rights to its ethnic minorities…without the participation of the local population and the Chinese refusal to let Kashgar compete for UNESCO world heritage status is characteristic of the way in which the Chinese Communist Party handles cultural diversity.” 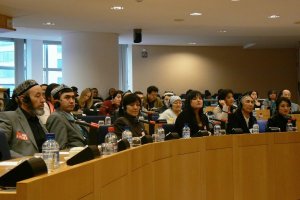 “The Architectural and Historical Significance of Kashgar Old City”

“A Personal History of Kashgar"

“The Importance of Kashgar for Turkic Uyghur Identity”

“Bejing’s Reconstruction and the Campaign to Save Kashgar”

“How to Save Kashgar? The Example of Bruges”

Background information on the conference:

Parliamentary Question and Answer from the Commission on the City of Kashgar, 26 January 2011 click here

Past events on East Turkestan:

For more information on the conference, please refer to

Organised by the Office of Frieda Brepoels MEP