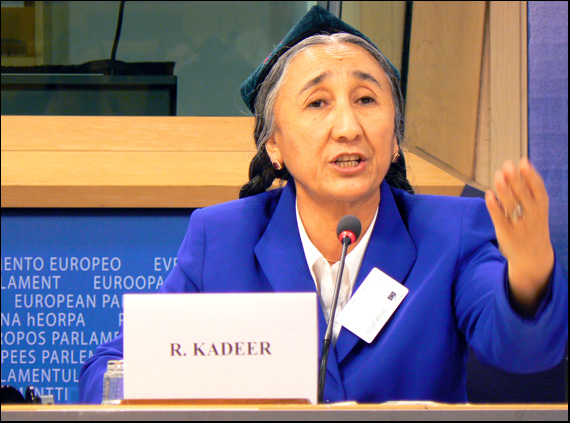 Uyghurs publicly express their desire and readiness for dialogue with China to promote application of the Chinese constitution and international law in East Turkestan.

The conference “Uyghurs Call for Dialogue with China - Implementation of the Chinese Constitution to Safeguard and Protect the Rights of the Uyghur people" has concluded on Friday 30 April 2010 with a concerted call from Uyghurs for a meaningful dialogue to begin with Beijing over resolving the situation in East Turkestan and ensuring that provisions for the protection of minority rights in the Chinese constitution are observed.

Niccolò Rinaldi MEP, co-sponsor of the conference with Ivo Vajgl MEP, opened the conference on 29 April 2010 with the warning that “if we stop campaigning, the risk is not just that the [Uyghur] cause will become less known, but the real danger is that it will disappear.” Mr. Rinaldi subsequently pledged his support for a Uyghur-China dialogue, stating that with such an initiative, “the Uyghur people can count on the support of the ALDE Group.”

In her closing remarks today, Rebiya Kadeer, President of the World Uyghur Congress, reminded those present that Uyghurs have “never lost hope…in a nonviolent struggle” for the rights that Beijing has failed to respect for decades. She called on the international community to support what constitutes a landmark call for dialogue with China by bringing the resources and expertise to make it a reality.   Marino Busdachin, General Secretary of the UNPO, spoke of the conference as “beginning a new path for dialogue…the first time that Uyghurs have called for a dialogue with Beijing.” Progress was likely to be slow he believed, but “even a centimetre in the right direction is a very important political step.”

Representing the National Endowment for Democracy, Louisa Coan Greve emphasized the international solidarity that exists with East Turkestan, and that the conference had effectively utilized this solidarity to engage participants in a constructive discussion of the critical issues of self-governance that lie at the root of conflict resolution in East Turkestan.    NOTE TO EDITORS Rebiya Kadeer initiated the call for dialogue with China over the situation in East Turkestan at a meeting of the European Parliament’s Subcommittee on Human Rights in September 2009. This came after fatal unrest in East Turkestan in July 2009 to which Chinese authorities responded with a ‘Strike Hard’ campaign. Today, Uyghurs remain in detention, some have been executed after flawed trials, and an unknown number remain missing after being extradited from countries in contravention of international law having fled China in the wake of the July 2009 unrest.

Press coverage of the conference: ﻿

Further information on the conference:

Past events on East Turkestan:

East Turkestan: The Canadian Federal Experience - What can we learn from it for China's future fede click here