By Gunter Wippel and Norbert Suchanek

Debates rage over whether energy generated by uranium induced nuclear fission is beneficial or harmful. The debate often settles into familiar bipartite arguments of nuclear power plants versus nuclear bombs. However, this article demonstrates that this approach is too narrow; the threats to land and livelihoods generated purely from the extraction process are substantial but unknown or ignored, as the Topnaar Nama people in Namibia are discovering.


Whilst tragic results of the atomic bombs dropped on Hiroshima and Nagasaki are well documented, the environmental and health problems that are a consequence of uranium exploration are less well known by the general global public.

During the development of the atomic bomb, thousands of mines were built in the Southwest of the United States and Northern Canada. The radioactive waste, known as tailings, that builds up in huge piles of rocks and slush outside the mines continues to threaten the wellbeing of local populations and contaminates the environment.

The sad truth is that Governments are fully aware of the dangers but still refuse to implement adequate protection measures.

Uranium is not only radioactive but chemically toxic too. 80% of the radioactivity of the original uranium ore is left behind in highly acidic ‘tailings’. It remains radioactive for hundreds-of-thousands of years and should be kept safely isolated from the environment.

Uranium can cause a wide variety of health problems. Miners and local communities drink contaminated water, eat contaminated food and breathe in radon gas and dust from the tailings. In addition to this, the extraction and processing of uranium ore uses huge amounts of highly sought-after water that cannot be recycled.

It has been argued by mining companies that uranium extraction brings jobs to local populations, thus creating better living conditions, and for a few this was true. However the companies also quietly ignore the health and environmental effects of the process.

After 30 years living alongside uranium mines, the Tuareg of Niger refer to uranium as a ‘curse’ rather than a blessing. They say the North of Niger “suffer[s] from its wealth’, rather than reap supposed rich rewards.
In many cases there have been no safety precautions, no radiation protection and no information about the hazards of the mining process. Regulations are non-existent or faulty to such an extent that they would never be accepted in industrialized states.

The problems associated with uranium mining are set to continue with its rising price as demand from nuclear power plant companies increases. Africa is especially at risk because companies are attracted by the lack of strict regulations. 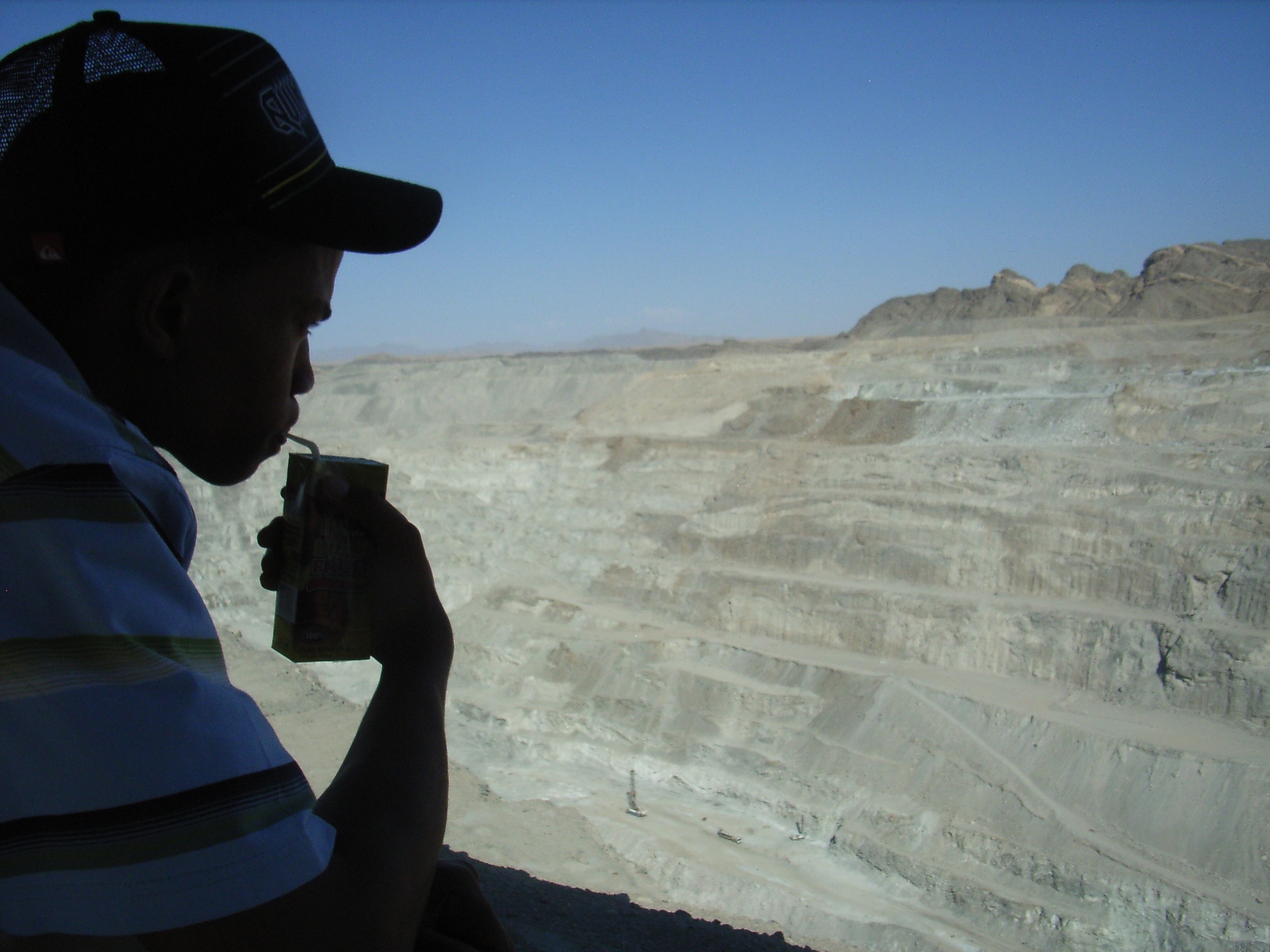 ”There was always water”

One community that is particularly at risk from uranium extraction is the Topnaar Nama, one of fourteen groups of Nama people. These groups traditionally lived in the southern parts of the Namib, which today is part of Namibia and adjacent to South Africa. This nomadic group breed their own livestock such as goats and cows, which, along with !Nara fruits make-up their main food staples. They now live their traditional way of life in the area of the Kuiseb River and canyon, south of Walvisbay and Svakopmund.

Water is obviously the most important source of life, as Fanuel Abraham Haoseb, the Councilor of the Nama King acknowledges:

‘Water is life. In the older days people knew where to find water, where the water level is near, where it is easy to get water. There was always water’.


There are currently two mines operating in the Topnaar territory with the Namibian Government recently issuing more uranium exploration licenses to various international companies. The Topnaar people now fear for their lives and existence. Uranium mining poses a considerable threat to general health, and lifestyle because of effects on underground and surface water resources.

As a result of these mines Fanuel Abraham Haoseb resents the fact that ‘…water [now] belongs to Nam Water”. He continued, saying that:

“Even ourselves has to pay for the water to Nam Water - every community - which is difficult to pay because we have not enough animals, not enough income. So NamWater puts up pumps and the water belongs to Nam Water which was first our water. And this is going not only to Walvisbay, it is going up to Swakop and Arandis.’

The lack of water, and other environmental issues related to uranium mining have other impacts on the Topnaar. As Captain Samuel Khaxab from the Royal House of the Topnaar Nama states:

‘We do not accept the uranium mines. One day I want to show my children, my small children, this flower and that bock - which is called springbock and that one [which] is an Oryx. But if that mine is coming, the animals cannot be there anymore. The thing  is so strong, dangerous; the people who are working in the mine become sick. The Roessing mine is far from us, but now it comes near at us. And it is dangerous for us. We cannot give permission for that thing.’

It has been recognized that the demand for water is much too high for the Namib to supply. In an attempt to combat this problem a water desalination plant is presently under construction at Wlozkasbaken as a joint venture between the uranium mining company UraMin and Nam Water.

It has been reported that workers of the Roessing mine, amongst them Topnaar people, are becoming ill and are dying. One Topnaar reported that his friend, a miner, had died a few weeks ago because of what the doctor referred to as ‘old mans illness’. He was only 60, and those within the Topnaar villages that have never worked in the mines live beyond 80 without any ‘old mans illness.’

It is clear from the issuing of uranium exploration licenses that the Namibian Government is less than supportive towards the Topnaar peoples’ situation. This is despite the fact that the Namibian constitution states that traditional chiefs (captains or kings) of different tribes be included in parliament.

It appears that financial institutions within the country, such as the Bank of Namibia, have found the potential income that mining may bring too attractive to reject. This is despite studies in other African countries that demonstrates only a small percentage of the worth of the resources extracted actually stay in the country.

Indeed it is clear that the Topnaar people are not benefitting from the mining taking place within their territory. Ephraim Peterson, also from the Royal House of the Topnaar-Nam said:


‘In the harvest time we collect the !Narra fruit. We eat it, the goats and donkeys also eat it. But the fruit is in danger because of the Uranium mines. If those mines are coming they can contaminate our plants, the !Narra. We also have the fish but we never benefit from it. Even from the Naukluft Park also. The tourists are coming in. Thousands of tourists are coming in, but we never got something from it. Our ancestors were hunting here before it became a Park. They were eating springbock, Oryx, the ostrich. But today we cannot hunt anymore. It is not allowed, the Government took it over.’

Captain Samuel Khaxab agrees, arguing that the ‘Government has forgotten the customary law, the old law of Namibia. Customary law says that if someone comes from the royal house, he is entitled to the captainship and the chieftainship. The law says the mountains belong to us, the birds belong to us, the Oryx, the ostrich, all the animals, everything in that area is belonging to me and my people. That is what customary law says. Even the minerals are ours and the ground belongs to us’.

It is apparent to the Topnaar, in the words of Ephraim Peterson, that the Government ‘does not care’, no money has ever been received from the mines; instead they must pay the water company in order to get water. He claims that the ‘people who govern now do what they want. They do not care about us. And that is very painful for us!’ 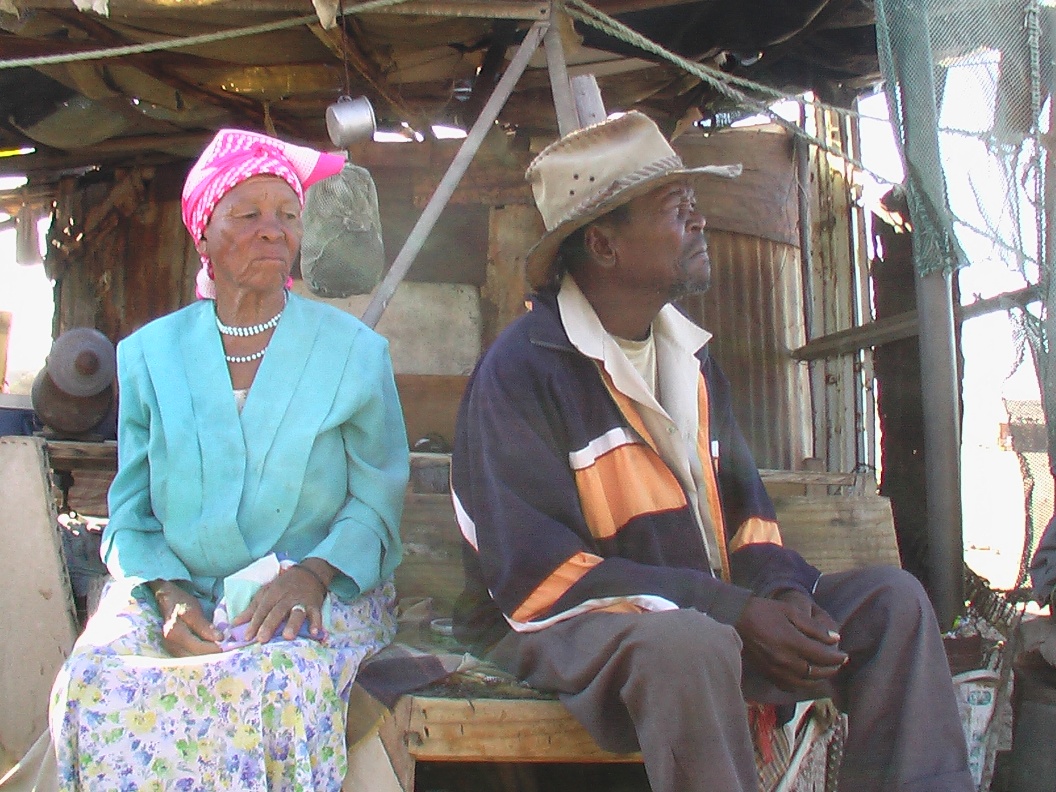 Fearing for the future

The Topnaar Nama people fear for their lives and for their existence. Uranium mining poses considerable health hazards to the people, and the side effects of uranium mining, such as the depletion of the underground and surface water resources make their traditional lifestyles impossible to maintain.

Fanuel Abraham Haoseb describes how the natural water systems have come under strain in recent years:

‘In the past elephants, giraffes, rhinos they used to come down the river during the rainy season. They were grazing just 5 kilometers from Walvisbay town. But today these animals are not coming down anymore. Our water is now supplying too many things like factories or the mines in our area. Mines use a lot of water and new mines can use more water and this will have an effect on us because Nam Water will have to pump more water out of the river so that they can give more water to other people, to other things. This will also have an effect on our community itself. The river, the trees and the whole lifestyle of us will be afflicted by this system.’

Less or no water means no food for the animals, and it also means fewer !Nara fruits. It all adds up to no food for the people and is compounded by a government that is unwilling or unable to assist its people. It appears that the quest for alternative energy sources that has invigorated so many has left the Topnaar Nama people desolate in light of their drained lands.