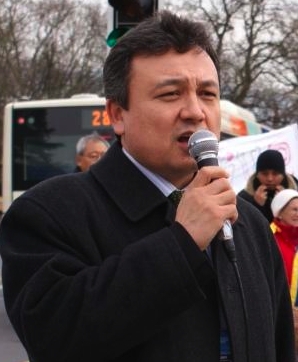 UNPO issues letter with urgency securing support from the European Parliament for a safe release of the currently detained Mr. Dolkun Isa, Secretary General of the World Uyghur Congress (WUC).

A copy of the letter is published below:

It is with urgency that I must inform you of the detention of Mr. Dolkun Isa by the domestic security forces of South Korea upon his arrival in the country to attend the World Forum for Democratization in Asia (WFDA) in Seoul.

According to information received by UNPO, Mr. Isa's detention is based on groundless Chinese accusations that he was in some way involved in the unrest that swept East Turkestan in July 2009.  Mr. Isa has already been questioned for a number of hours in Seoul and is deeply concerned by apparent attempts by the Chinese authorities to secure his extradition to the People’s Republic of China.