UNPO General Assembly: Forging an Organization For the 21st Century 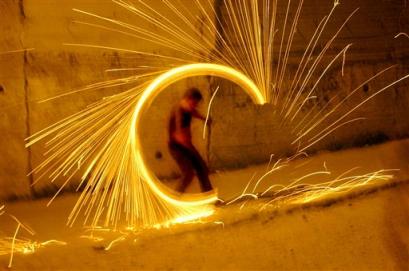 UNPO Members are in Brussels for the IX UNPO General Assembly.  Top of the agenda is the need to adopt a reformed UNPO Covenant which will refine the organization’s role as a major international interlocutor for indigenous and disenfranchised peoples around the world.

Thursday 15 May 2008, Brussels, Belgium – On the afternoon of Friday 16 May 2008 UNPO member delegates will convene at the European Parliament in Brussels for the first of a two-day UNPO IX General Assembly.

In what will be another step in adapting the organization to the needs of its members and the international community in the twenty-first century, delegates to the UNPO General Assembly will discuss a revised Preamble to the UNPO Covenant – the document which is the cornerstone for the membership organization.

The Preamble to the UNPO Covenant details the rationale behind UNPO and the issues and hopes which UNPO’s Members have held in their quest for greater representations and recognition.  As the world has changed, so the need to adapt the Preamble has become an important facet in placing UNPO at the forefront in projecting the voices of unrepresented nations and peoples onto the world’s stages and fora.

Before discussions can begin however, Members will adopt an agenda outlining the key topics of discussion and debate.  This will preoccupy delegates on the first day of the General Assembly before adjourning at 18:30.

When they reconvene on Saturday 17 May, delegates will receive a report by the UNPO General Secretary, Mr. Marino Busdachin, detailing the financial status of the organization.

Discussions on the resolutions raised by UNPO Members will be dealt with after Members proceed with the debate and adoption of a reformed Preamble to the UNPO Covenant.

Following this crucial debate, it will fall to delegates to use the General Assembly to produce individual member resolutions that document the prescient concerns of UNPO Members.  Resolutions received by 18:30 on Friday 16 May 2008 will be prepared for their presentation to the General Assembly the following day.  Delegates will then be in a position to act as a collective body in adopting those resolutions which they see fit.

The General Assembly will be preceded by a conference event organized by UNPO and sponsored by the Alliance of Liberals and Democrats for Europe (ALDE) and the Nonviolent Radical Party.  For details on the conference, entitled ‘Activating Nonviolence: Ghandian Nonviolent Civil resistance and Regional Autonomies and Federalism ion the Context of Internal Self-Determination.’