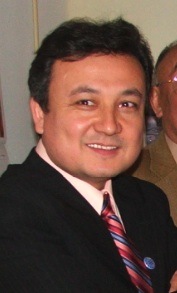 Days of concern have ended with the release of Mr. Dolkun Isa from detention in South Korea.  Mr. Isa returned to Germany after being prevented from attending an international democracy forum, but questions continue to asked about the reasons behind his detention.
Mr. Dolkun Isa, Secretary General of the World Uyghur Congress (WUC) has finally been released from his detention under the supervision of South Korean security forces in Incheon International Airport, Seoul, South Korea.
Mr Isa was escorted on to the next available outbound flight via Dubai, securing him a transfer and safe return to Munich, Germany where he has been a citizen since 2006.

Mr. Isa’s purpose in South Korea had been to attend a conference held by the World Forum for Democratization in Asia (WFDA). Due to his detention Mr. Isa was unable to attend and no explanation has been released concerning his detention.