Conference: Awá, On The Brink Of Extinction

Brussels, 24 January 2014 – On 22 January 2014, the Unrepresented Nations and Peoples Organization (UNPO), in collaboration with Richard Howitt (S&D) and Catherine Grèze (Greens/EFA) MEPs convened a conference entitled “Awá: On The Brink Of Extinction – Indigenous Rights in Brazil”, at the European Parliament in Brussels. The aim of the conference was to assess the current and future courses of action related to the protection of Indigenous peoples in the Amazon and seize the opportunity to initiate dialogue with Brazil.

The first panel of the conference focused on the question of traditional lands, indigenous territories and natural resources. Barbara Truffin, Professor at the Université Libre de Bruxelles (ULB), noted her concern about the increasing number of violations of Amazonian peoples’ rights. To mitigate this problem, she suggested introducing indigenous rights into a broader social and legal framework, while also linking it to other social movements. Sarah Shenker, from Survival International, centered her intervention specifically on the Awá people, calling for a long-term protection plan. She concluded by acknowledging that, despite government efforts, illegal loggers are still threatening the survival of Awá members, and that a consistency in action is required. 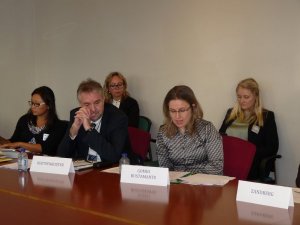 Natan Elkin, from the International Labour Organization, (ILO) stated that there are few international instruments that have a direct impact on civil and property law; ILO Convention No. 169 being one of them. He added that the Government of Brazil is in fact receptive and ready to listen to the demands of the indigenous peoples. To conclude with the first panel, Tatiana Gomes Bustamante, from the Permanent Mission of Brazil to the European Union, highlighted the efforts made by the Government of Brazil in setting up education and health programmes for indigenous peoples. She drew attention to the Brazilian Government’s operation to evict illegal occupants from Awá lands, and concluded by mentioning that indigenous people’s rights could be addressed within the framework of the EU-Brazil Strategic Partnership.

The second panel featured presentations on the future for Indigenous peoples in Brazil. Padre Ton, Brazilian Member of Parliament, explained that the Constitution of Brazil recognizes indigenous peoples and their issues, but regretted that the Brazilian Parliament has little interest in indigenous issues. Padre Ton expressed his concern about the new Constitutional project (215), which would diminish the power of FUNAI, the Brazilian Government agency for indigenous peoples. In light of FUNAI’s latest statement declaring its intention to evict illegal settlers from Awá land, Padre Ton stressed the importance of this conference in pressuring the Brazilian Ministry of Justice by bringing the issue to the European institutions. Dr. Kevin Jackson, from the Solvay Brussels School of Economics and Management spoke about corporate social responsibility towards indigenous peoples, stressing the necessity for legal verification confirming the origin of timber products and adopting legislation on the matter. Dr. Jackson stressed the importance of adopting a long-term approach to protect indigenous peoples by creating a forum for the business community and other relevant stakeholders. 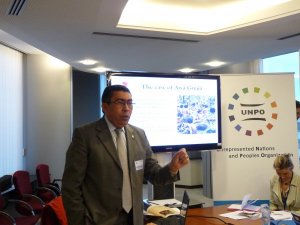 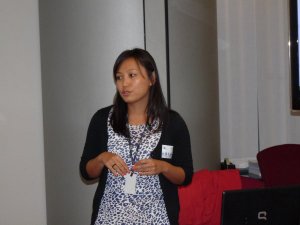 The intervention was followed by Erika Yamada from FUNAI, who explained that Brazil’s policy towards indigenous peoples has changed over the past decades from assimilation to protection. She stressed the fact that despite the preliminary steps to remove illegal settlers from Awá territories, FUNAI faces obstacles in its work, with its employees being threatened by illegal loggers and others. The last intervention was presented by Adrianus Koetsenruijter, Head of the Mercosur Division from the EEAS, who discussed the  centrality of  human rights in  EU diplomatic dialogue with a third countries. He introduced the idea of finding new ways of promoting indigenous rights such as establishing and protecting them as a cultural and natural heritage of global importance.

The conference proved to be very successful in establishing a forum for dialogue by bringing together different actors and perspectives to the discussion and cultivating new outlooks on the question of indigenous peoples’ rights that could potentially make Brazil a leading international model on this matter.

UNPO will continue its advocacy activities on the plight of indigenous peoples in Brazil. More information on our ‘No Forest. No Awá’ campaign can be found via noforestnoawa.org 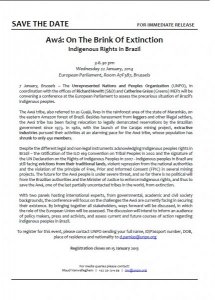 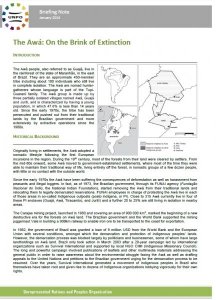 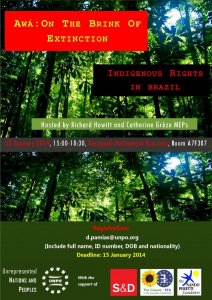 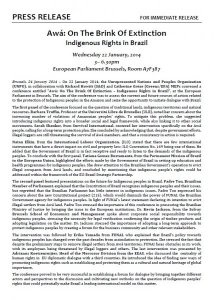 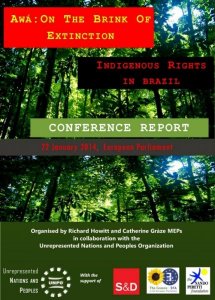 Find more pictures of the event: 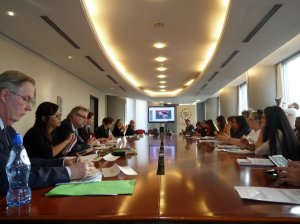 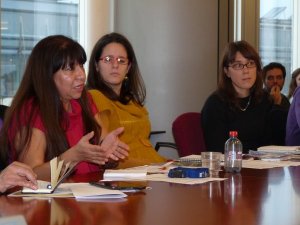