According to the Mapuche spokesperson, Jorge Huenchullán, around 300 special police agents violently broke into the Community, destroying houses, crops, running over sheep and creating fear among the Mapuche residents. Moreover, several Mapuche were hurt and arrested as a consequence of the incident. 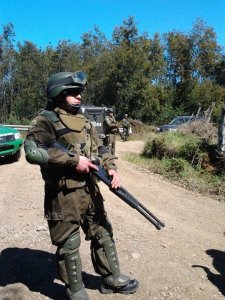 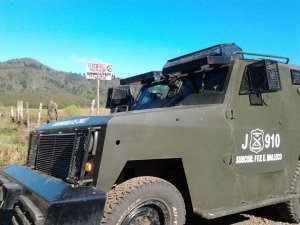 This is not the first time that the Chilean authorities have broken into this Mapuche community, which was also the subject of a special police brigade intervention on 23 May of this year. The Mapuche community strongly believes that this incident is a direct governmental response to Jorge Huenchullán’s recent visit to Europe, during which he denounced the preoccupying situation faced by the Mapuche at the 24th session of the United Nations Human Rights Council, held in September of this year in Geneva, Switzerland. On this occasion, he also conducted some advocacy visits with Members of the European Parliament and the European External Action Service in Brussels, Belgium, in collaboration with UNPO.

Wednesday’s attacks were directed at various members of the Huenchullán family. Among the detainees are two Mapuche representatives, Jorge Huenchullán and his brother, who was shot during the police operation. 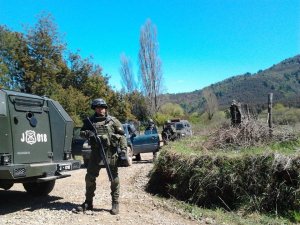 The Mapuche Community suffers from several human rights violations, such as the unlawful application of antiterrorist laws for over 10 years. In a recent visit to the Mapuche region, the UN's Special Rapporteur on Human Rights and Counter-Terrorism, Ben Emmerson, has called the government to stop the unlawful application of the antiterrorist law against the Mapuche, expressing its concern for the Mapuche situation in Chile and urging the government to take actions to protect them. A similar declaration was made by the UN’s Special Rapporteur on the Rights of Indigenous Peoples, James Anaya, in 2010.

As a consequence of the inability of the Chilean government to provide an effective dialogue with the Mapuche communities in the framework of the ILO 169 Convention, which is in effect in Chile, an amendment has been proposed to be included in the European Parliament’s annual report on “Human Rights in the World 2012 and the European Union's policy on the matter”. The report and the amendments will be debated and voted in the forthcoming Human Rights Subcommittee and Foreign Affairs Committee meetings.

Given the severity of these incidents and the delicate situation of the Mapuche community in general, UNPO calls upon the Members of the Parliament to back this resolution in order to underline their discontent with the human rights violations committed against the Mapuche Community by Chilean authorities.