During the visit to Rwanda, the UNPO Programme Manager confirmed the poor living standards and economic situation of the Batwa, or the pygmies of Rwanda. Visits to communities surviving on the margins of society were made. In some of the worst situations, families lived in makeshift shacks, enviously looking at the mud huts of others living in their communities. Others themselves lived in mud huts with families, often of more than 5 children, acknowledging their luck to have such housing. 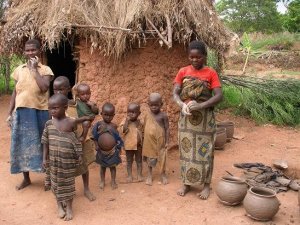 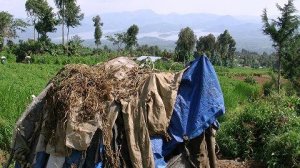 Many of the Batwa are surviving only through begging or as casual labourers or porters for other community members when work is available. Their pottery is no longer as valuable as it once once, with the advent of new technologies such as plastics and metals.

In addition, new large-scale economic projects related to logging and the tourism industry have displaced communities from their ancestral homelands in and around the forests and volcanoes and their centuries old environmentally safe, sustainable, traditional livelihoods have been destroyed. In acknowledging that adaptation is crucial for survival, the EES: Dimensions of Indigenous Identity Project has established a bamboo nursery management and propagation project which includes bamboo craft-making. This uses innovation to provide livelihoods for the Batwa communities and at the same time, it is an environmentally safe form of adaptation to the current economic climate. 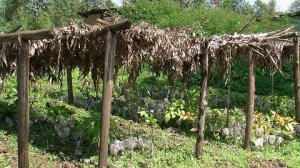 Bamboo is a fast growing plant, which requires less resources and land to propagate. Bamboo is self propagating which means the practitioners will not need to buy seeds themselves. They will be able to generate their own stocks thus ensuring the project will be sustainable. Bamboo also acts as a purifier when grown in wetlands and so has multiple positive properties. Bamboo can be made into crafts and jewellery, furniture and also day to day living materials such as brochette sticks. A new law was recently passed in Rwanda banning the use of metal brochette sticks in favour of the more hygienic, environmentally friendly bamboo sticks.

In December 2010, UNPO visited the bamboo nursery, and the locally based project manager was consulted regarding the selection of those who will participate in the vocational trainings in bamboo nursery management and propagation, bamboo craft-making, and furniture creation.

The first of two annual training sessions took place in January 2011, with ten selected individuals. The target group includes men, women, young people and people with disabilities. Importantly, whilst the focus is on the Batwa population, other Rwandans are also selected to participate in order to encourage community cohesion and tolerance.

Sessions in literacy and numeracy complement the largely vocational training and since the bamboo nursery is permanent, there is now a community hub allowing for ongoing vocational workshops and skill sharing. Each of the ten practitioners were given their own set of tools, which they can use to practice their skills between training sessions. 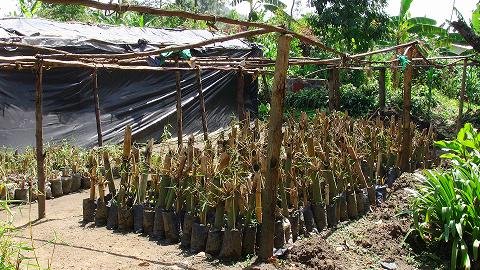 The next training session will take place in May 2011.