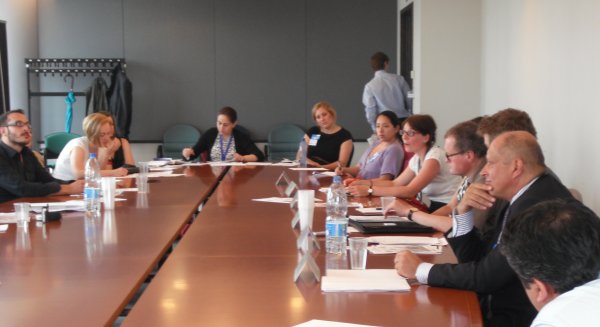 Brussels, 29 June 2011 – The Crimean Tatar issue remains a “painful legacy of the twentieth century” – this was the belief of Professor Leonidas Donskis MEP speaking at the opening of the roundtable, ‘Crimean Tatars: A Missing Piece in Ukrainian Society?’ convened in the European Parliament on 28 June 2011.

Over two hours academics, state and civil society representatives, joined together in exchanges concerning the current situation facing Crimean Tatars.  This comes twenty years since they could return to their homeland but today they subsist with limits to their cultural expression, increasingly marginalised economically, and without restitution for their confiscated property.

Marino Busdachin, UNPO General Secretary, noted that “the question of Crimean Tatars needs to be solved, it is a shame for the Ukrainian government…a shame for the Council of Europe - in which the question has been addressed a couple of times” without result.

Important progress was being made and Natalia Mirimanova, co-director of the Crimean Policy Dialogue, outlining the work in drafting consensual policy proposals and action whereby Crimean Tatars saw “their political underrepresentation […] being compensated by their participation in the dialogue” 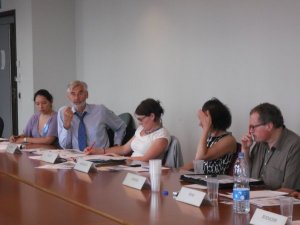 The importance of such ‘living’ policy dialogue was endorsed by Michael Emerson, Associate Senior Research Fellow at the Centre for European Policy Studies, who noted that actors in Crimea were already seeing “the opportunity to turn […Crimea] from a threat to civil peace into an exemplary case of intercultural living together.”

Evelina Schulz of the European External Action Service noted that as Ukrainian state funds had been allocated for the rehabilitation of Crimean Tatars “the EU side will try to ensure that these positive developments will get into concrete action” reflecting increased EU interest in Crimea. 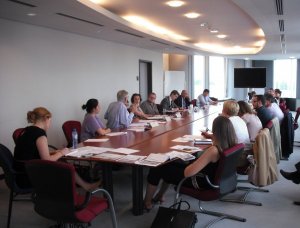 The roundtable concluded with clear signs that efforts will continue to facilitate the process of restoration of the Crimean Tatars rights. President Yanukovich’s statement on 28 June 2011 emphasized the necessity to support regional languages and comes as UNPO and others work towards an international forum on Crimean Tatar rights.  Professor Donskis remarked that just as  “it is never too late to do justice, it is never too late to restore justice.”

Mejlis of the Crimean Tatar People