‘You have a right to develop in your own country’﻿ 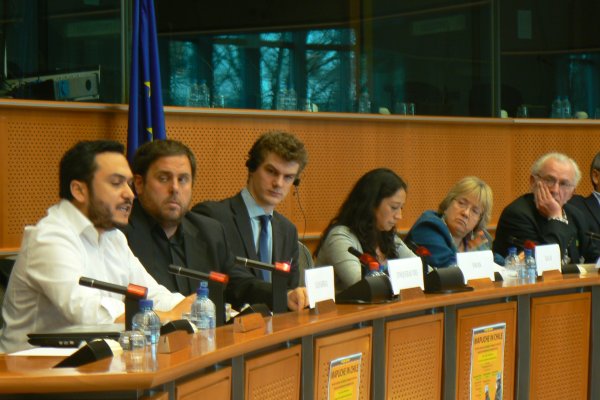 Brussels, 25 March 2011 – During the ‘The Mapuche in Chile - The First European Conference Examining the State of Mapuche in Modern Latin American States’ conference convened in the European Parliament on March 24, 2011, Oriol Junqueras Vies MEP noted that ‘cooperation between indigenous representatives, MEPs and the EU is key for improving the situation’.  As a response to ongoing human rights violations in Chile, inappropriate use of the antiterrorism law and the renewed hunger strike of Mapuche activists, Mapuche representatives, NGOs and European officials joined together in a discussion on the current situation facing Mapuche, and future EU-Chile cooperation.

In a statement, Marino Busdachin, UNPO General Secretary, hoped that the Chilean government would ‘include the Mapuche voices … and become an example of accommodating diversity for the region’. As the situation stands now, with no interest from Chilean officials to participate in the conference, this seems however to require ardent work from Mapuche representatives and European politicians to achieve. Furthermore, Maria Railaf (FOLIL) pointed out that ‘the Chilean government has ignored’ UN recommendations not to apply the anti-terrorism law against Mapuche defending their rights. Nicola Murray (EEAS) delivered insights into the European Commission’s relations with Chile and its emphasis on human rights, while admitting that ‘this does not enable a radical change of course’. 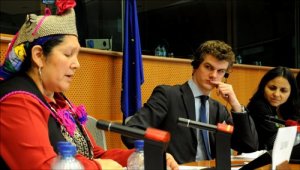 Lonko Juana Calfunao from the Juan Paillale community in Southern Chile, made an example of her own experiences as a Mapuche woman, having been imprisoned for defending indigenous rights and having seen her 8 year old daughter forced to seek political asylum in Switzerland.  She stated that ‘you have a right to develop in your own country. I don’t want to leave, I don’t want to be a foreigner … but we are powerless … where are the rights of indigenous peoples, of my people?’ 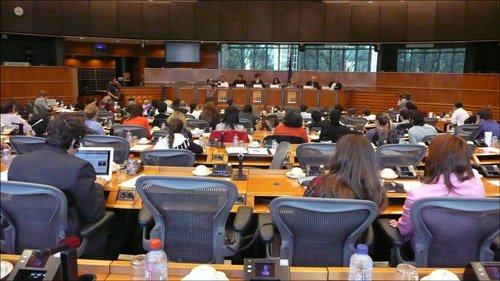 The conference thus resulted in promises to continue efforts to raise awareness of the plights of the Mapuche, and offered important openings for an increased cooperation between the Mapuche community and European Parliament. ﻿

Panel I: The Mapuche Issue and Europe’s Relationship with Chile

The legal situation of indigenous population in Latin American: The Case of Chile.

Eu-Chile Agreement Association: a space for focusing on indigenous peoples?

Current Challenges to the Human Dignity of the Mapuche People

The Failure of Chilean Justice:  Antiterrorism Legislation and the Mapuche

To Be a Woman Mapuche: Violations of  Indigenous Women’s Rights

Organised by the Office of Oriol Junqueras Vies MEP